This album has got everything that a prog fan would hope for: a thirty-minute epic; majestic melodies; and stunning solos.

If the name Lee Abraham sounds familiar to you, it might be due to the stints he has had in the British prog band Galahad. He was their bass player for several years in the early part of the millennium, contributing to one of their best and well-known albums, Empires Never Last (although if you are not familiar with Galahad, I would encourage you to try Beyond The Realms Of Euphoria – a real gem of an album). Abraham re-joined Galahad in 2017, on guitar this time and is still there today. He has also had a fertile solo career with Only Human being his ninth release. In general, Abraham’s solo style doesn’t have the metal edge that Galahad sometimes exhibit, instead having the smoother Floydian neo-prog style of bands such as RPWL and Mystery.

We’ve lived through several waves of Covid-19, and it seems to me that we are now in a musical wave of albums inspired by Covid-19 and its impact. I do wonder whether future generations will look at 2021 as a time of musical angst, a sort of flip side to the Summer of Love. Abraham describes his own personal take on the pandemic as follows: ‘Many of us have experienced feelings of isolation and inadequacy over the past 18 months, like never before. Some people have used this to re-examine where their life is going, what’s important to them and perhaps come up with their own theories on life in general and why we’re all here.’

Abraham has never feared creating big pieces of music and he goes for broke here with the epic four-part Counting Down which is only a few seconds short of half an hour. It is not however a deeply complex or difficult piece musically. On the contrary, each of its four sections are melodic and accessible, embellished and extended by atmospheric keyboards or Abraham’s distinctive guitar style to give an epic prog feel. Bewitching piano and guitar interaction opens Part One, Your Life, and this builds up effortlessly to the five-minute mark when the song-proper enters with a fine slow melody delivered brilliantly by Peter Jones (Tiger Moth Tales, Camel). There’s a restrained but quite anthemic chorus as Jones sings ‘this is your life now, what will it be?’ but Part One concludes with an unexpected and ominous change of key on the line ‘this is your life now, yours to figure out…’, and without a break the second section, The System begins. In this second part our hero is encouraged to fit into the system and avoid standing out. There’s another great chorus lyric ‘See the wheel that turns with each generation. Feel the fire burn hopes and ambition.’ Again, Peter Jones’ emotional delivery in this ballad is gripping.  A short acoustic guitar reflection follows which then leads to a faster instrumental section and a rousing guitar solo.

Part Three, I Want Out is built around a jagged progressive metal riff, reflecting the angst of our hero rebelling against the system. The song builds up to an aggressive instrumental before the chorus from Part One unexpectedly bursts in like a ray of sunshine on a dark day. It’s a spine-tingling moment. Part Four, Counting Down begins with a gentle falling phrase (as if counting down time, it seems) before the pace picks up with another fine and melodic vocal section with Jones warning ‘Counting down the life before it’s all begun, until you realise that you’re given only one’. There’s a fine solo and then a strange bridging section of pulsing bass and quickening drums before the tension is magically and superbly eased by the entry of gentle piano and symphonic synths supported by a strong drumbeat, leading to hushed vocals repeatedly singing ‘the hands of time are driving on’. To wrap things up we then get a moving Floydian solo to rightly conclude this piece in epic fashion.  You may well be thinking that the theme of making the most of your life has been visited many times before in the history of rock, and you wouldn’t be far wrong, but it is so beautifully constructed musically and sung so convincingly by Jones that after listening to this piece I personally felt the urge to abandon this review, pack a shoulder bag, and head off to do something more adventurous!

There’s certainly a risk that the rest of the album is something of an anti-climax after that. Abraham wisely heads that danger off by completing the album with four relatively shorter and musically straight forward songs. He also swaps to his frequent collaborator Marc Atkinson on vocals on two of those tracks which creates a further break from Counting Down. Days Gone By is perhaps the highlight of these shorter songs with its irresistibly catchy chorus and uplifting feel (despite the deeply nostalgic tone of the lyric). The album closes with another highlight though, The Hands Of Time.  Musically, it has a simple sequence of chords on electric piano and an understated feel to the production, a little like late ‘70s Eagles. There’s another good melodic chorus, which is echoed in a great guitar solo too. The song closes repeating the line from the chorus ‘the hands of time are driving on’. Yes, if you’re paying attention, that’s the same lyric that closes Counting Down, and it’s a fitting and neat way to link the two parts of the album together.

There’s no doubt Abraham is on top form here, in my view comfortably surpassing any of his previous solo efforts. This album has got everything that a prog fan would hope for: a thirty-minute epic; majestic melodies; and stunning solos. Only Human is an essential listen for all prog fans. It has a very good chance of being the best prog album we’ll hear this year. 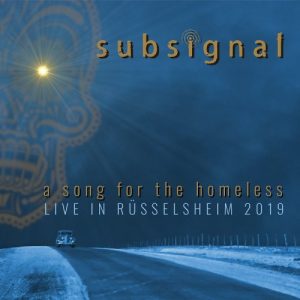 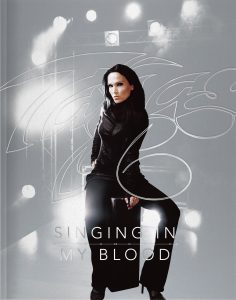 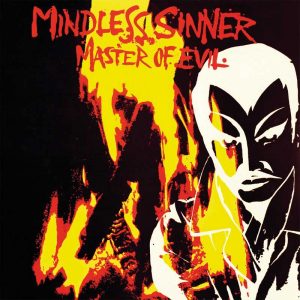