The ability to draw out a song by hypnotically repeating riffs is of course a trademark of Hawkwind and it’s a trick that’s not as easy as it might appear, but MWWB pull it off brilliantly and the title track is probably the best thing they’ve produced in their career so far.

What’s in the name of a name? Does it give us any clue as to the type of music to expect? A band called Mammoth Weed Wizard Bastard does not conjure an image of a pleasant little folk ensemble, does it? Anyone familiar with the Welsh masters of psychedelic metal doom would happily confirm that they are definitely not a folk act and their larger-than-life name genuinely reflects their slightly outrageous brand of music. Take a listen to their debut album, Noeth ac Anoeth (which by the way is the Welsh for ‘Naked And Wise’). It’s a release so soaked in grindingly doom laden sludge riffage that it almost seems a parody of the genre. Or, maybe it is and nobody got the joke. The good news for those of us that prefer to see a glimmer of subtlety in the music we listen to is that there are only three songs on the album. The bad news is that they last fifty minutes. Another couple of albums followed that, and despite the usual crushing riffs, the band ever so slightly lightened the mood with a greater use of the human voice (and goddammit, even melody), plus an increased use of synthesisers giving more of a space rock edge to the music. Along came Covid, and not only did it hold the band back, but it nearly killed one of them. Guitarist Dave Davies succumbed to Covid at the start of 2021 and then suffered a stroke but luckily survived, even though it was apparently touch and go. The album that was already in the can was put on hold until he recovered and is released now along with a change of the group’s name to just MWWB, accompanied thankfully a change of language in the album/track names from Welsh to English.

So, have MWWB maintained their approach of beating the listener’s ears into submission with crushing riffs? Well, yes and no. The trademark riffs are certainly there in the longer songs and they are as epic as ever but you can sense a little more restraint and the role of the keyboards has increased too. Jessica Ball who started off in the band as a bass player, is responsible now for both those keyboards and an expanded use of vocals. Ball uses her voice in a ghostly ethereal way. It’s as if Moya Brennan from Clannad had accidentally walked onto the stage during a Hawkwind gig and started singing! It certainly creates a unique and compelling soundscape.

The press release claims somewhat immodestly that the release ‘shares similarities with Pink Floyd’s Dark Side Of The Moon. Not only by having the mix of experimentation and melodicism as that seminal record, but also in the way that it has been engineered and constructed as a seamless piece’. I get the point but musically we are a long way away from Pink Floyd here, even if Betrayal has a bubbling synth running through it that recalls On The Run. That track is one of four that are shorter instrumental pieces, basically keyboard and electronics centred with no guitars at all. Yes, folks, I did just say no guitar in a track by MWWB! Interstellar Wrecking is the most impressive of these instrumentals. It’s very cinematic, recalling Vangelis’ music for Blade Runner. I asked earlier ‘what’s in a band’s name?’, and I could also say ‘what’s in a song’s name?’ because something entitled Let’s Send These Bastards Whence They Came sounds like it ought to be a punk or black metal thrash but instead is a very polite tune which to keep to the spacefaring theme could have perhaps been better called Deep Sleep While Sailing Through The Stars or something similarly dreamy.

The meat of the album is in the longer pieces of course, all of which are close to ten minutes duration. The title track sets its stall out with a majestic synth theme that is followed by a chugging mid-paced guitar riff. It’s the guitar riff that goes on to dominate much of the song, along with a good melodic vocal line from Jessica Bell. The ability to draw out a song by hypnotically repeating riffs is of course a trademark of Hawkwind and it’s a trick that’s not as easy as it might appear, but MWWB pull it off brilliantly and the title track is probably the best thing they’ve produced in their career so far. Logic Bomb is another mid-paced song with a catchy guitar riff marching through much of the song, overlaid with some slowly delivered and slightly chilling vocals. Altamira follows in a similar style while Strontium introduces one or two new elements. For example, it opens with a nice weaving guitar line – it’s only when you hear it that you realise that Davies doesn’t normally play single notes on his guitar; he just wants to bang out heavy chords! There’s also a sudden change of direction at the six-minute song with a short quiet burst of electronica before a bit of a kitchen sink moment with guitars and keyboards. It has the air of an end-of-album song but MWWB surprise us once again with Moonrise, where the huge fuzzed guitar chords are replaced by….well, gently fuzzed strumming on guitar, and Bell’s voice is pristine clear and audible. Again, it’s only at this point you realise how low in the mix she’s been so far. Such subtlety from this band is a bit of a shock, and yet it is a welcome and effective way to close matters.

Fans of Mammoth Weed Wizard Bastard could grumble about this album as some sort of sell-out. I would beg to differ. Those who love heavy riffing will still find plenty to enjoy but the greater conciseness and sonic variety really make this a more rewarding listen than earlier releases to these ears. There’s a good chance MWWB will find a much bigger audience. All in all, I could claim that the Mammoth Weed Wizard Bastard caterpillar has turned into an MWWB butterfly. Yes, a very big heavy butterfly, but by dropping the more extreme elements in their make-up, the band have produced an excellent and much more accessible album that will appeal across a broad spectrum of progressive, metal and space rock fans. 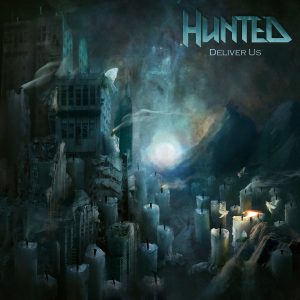 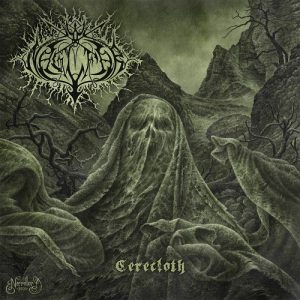 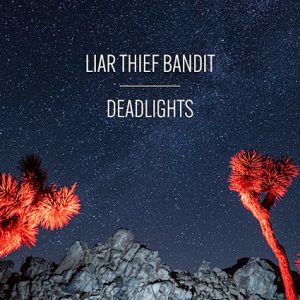