I’ve mentioned this many times before but one of the real joys of writing reviews is the opportunity to hear bands and music that you would usually be most unlikely to come across in your normal working life. So, the latest one to make me truly sit up and take notice is the Norwegian jazz/folk/prog outfit Needlepoint, a name that most certainly doesn’t scream rock and roll at you for sure, but a band that certainly knows to produce quality rock music.

The first thing to notice is that the sound is built around the very soft, mellow and whimsical Canterbury vibe with a slight West Coast feel too and you detect elements of CSNY, Syd Barrett and the keyboards of Rick Wright’s early Floyd work. Walking Up That Valley is an album out of time being a late ’60s/early ’70s inspired gentle and truly ageless slice of flower power delight. Put this on and you almost expect Robert Wyatt, Pye Hastings and Richard Sinclair to walk through the door and sit down beside you! How a team of musicians from Oslo in Norway can produce something so quintessentially English is beyond me but they do it so well and if your leanings are a little more towards the more wistful side of progressive rock then Needlepoint will simply blow you away.

The band is built around the Norwegian jazz guitarist Bjørn Klakegg, a real master guitarist whose playing is as good as you will ever hear and the jazz edge he brings to the Canterbury sound is truly delicious and awe inspiring, Just listen to his work on Carry Me Away or the near 11-minute title track, to see just how good he is, sheer bliss. The rest of the band members are all stalwarts of the Norwegian jazz and rock scene and also perform with the band Elephant9, Møster! and Bigbang. Now, I cannot say that I have heard of these before but I sure intend finding a lot more about them because if they can produce an album like this then nothing is beyond them. The band actually formed in 2010 with Walking Up That Valley now being the fifth album that they have put out following on from The Woods Are Not What They Seem (2010), Outside The Screen (2012), Aimless Mary (2015) and The Diary Of Robert Reverie (2018) and I rather suspect that if you like what you hear on this new album then you are going to have to search out the back catalogue too. Bjørn Klakegg provides perfect guitar as well as wonderful, dreamy vocals and also plays the flute, violin and cello as well as being the songwriter, a very talented man indeed. As with a lot of jazz inspired bands, Needlepoint began as an instrument outfit and it was only when adding the final touches to Outside The Screen that Klakegg was persuaded to add vocals and I’m so glad that he did as his pleasing, laid back delivery really is the icing on the cake. Nikolai Hængsle is a revelation on bass with a liking for Soft Machine type fuzz and he also pays guitar on Rules Of An Old Man and So Far Away as well as producing the album. Olaf Olsen keeps everyone in time with his all–encompassing staccato drumming with the Swedish jazz musician Erik Nylander guesting on percussion. We then come to the sublime, mysterious and emotional keyboards of David Wallumrød who came onboard in 2012 and his perfect work and sublime soloing is very reminiscent of the one and only Stuart ‘Woolly’ Wolstenholme of BJH and Rik Wright in his prime, sadly, both of whom are no longer with us and the world is a sadder and smaller place without them. Wallumrød plays a pleasing array of keyboards including the Hammond organ and harpsichord alongside plus some vintage kit including clavinet, Rhodes, upright piano, Prophet-5, ARP Odyssey, ARP Solus and Minimoog, come on, it’s prog rock heaven!

Walking Up That Valley is a wonderful album steeped in the iconic Canterbury scene and is so evocative of an era gone by but one that we gladly still celebrate and with Caravan still treading the boards scene and bands like Needlepoint coming onto the scene then all is well and the music is in safe hands, this is a simply wonderful album and one to relish with pure joy. 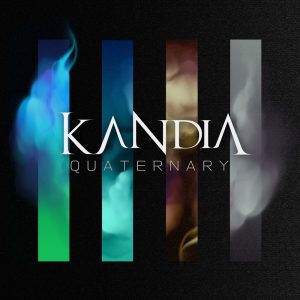 THE GARDENING CLUB – Boy On A Bike (Gonzo Multimedia)