Midnight Empire is the long awaited second album by One Desire, a refined and smooth melodic rock band from Finland. In my experience, Finnish bands tend towards the heavier side of rock with heavy and power metal, symphonic and doom themed bands very much to the fore but One Desire are closer in style to a band like Sentenced rather than, for example, Lordi.

Whilst One Desire is ostensibly a melodic rock band they can still rock and they seem as comfortable in full blown metal mode as shown on Through The Fire as they are on any of the more restrained balladic tracks like Rio. In truth, to me, they come across as being very similar is style and sound to a slightly heavier Asia. All four members from the debut remain in the band with André Linman (Sturm und Drang) against showing his vocal prowess with Jimmy Westerlund (Negative, Sturm Und Drang) again excelling on guitar with Ossi Sivula on drums and Jonas Kuhlberg on bass being as tight and compact a unit as  there is. The band formed in 2012 but it took several years of tinkering for all the right pieces fell into place in terms of musicians so there was a delay before the release of their self-titled debut in 2017. This rather superior melodic album won them many friends and their new release is sure to increase their fan base as it continues the upwards momentum of the band and builds on what was already an impressive debut.

If you are a fan of melodic AOR then this will surely appeal as the song writing is exceptional and immediate and performed with such elegance and style. 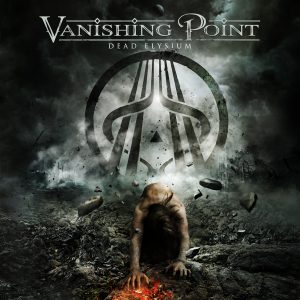