POWERWOLF stand for epic metal moments of superlatives and that’s why their masses, as they dignifiedly call their shows, always go one step further. When the wolves call their pack in front of the screen, gigantic things can be expected. The Monumental Mass: A Cinematic Metal Event will set new standards as the first streaming event in the band’s history on Friday, December 17, 2021 at 07:00 pm CET / 01:00 pm EST.

The band states: “Wolves, we are stoked to finally announce something very special that we have been working on the concept of for the past few months: The Monumental Mass – A Cinematic Metal Event!

Be prepared for a world unseen, a setlist unheard and a story untold! This event is not just a live stream, but a journey beyond reality. You will experience breathtaking visualizations, pyrotechnics in a class of its own and a multitude of fascinating and exclusive show interludes you have never seen before from POWERWOLF!

We sincerely invite you to celebrate the monumental mass with us on the 17th of December!”

If you already want to get an idea of what to expect, you should definitely watch the trailer below, which allows the first spectacular glimpses.

With this extraordinary event POWERWOLF close a year that is all about the wolf. On July 16, 2021, Call Of The Wild, their 8th studio album, was released, which stirred up the German charts for 16 weeks. The co-single Dancing With The Dead was also awarded platinum.

The Monumental Mass: A Cinematic Metal Event will be a worthy continuation of this success story and will captivate all fans of the Wolves worldwide!

Visit www.powerwolfstream.com for tickets and merchandise!

Buy Call Of The Wild

The story of POWERWOLF, which began in 2004, may seem like a fairy tale, but it is the result of the hardest working and most entertaining band in the heavy metal world. POWERWOLF have not only received numerous gold and platinum awards, but many of their albums have marked the top of the official German album charts. In 2015, they reached gold status for the first time in the Czech Republic with their album Blessed & Possessed, while both its direct predecessor Preachers Of The Night (2013) and the subsequent masterpiece The Sacrament Of Sin (2018) entered the German album charts at number one. In addition, the thrilling DVD The Metal Mass (2016) secured No. 1 in the German DVD charts, as well as No. 4 in the album charts.  POWERWOLF‘s holy mass in the name of heavy metal is unstoppable – their latest masterpiece, The Sacrament Of Sin (2018), also took #1 in the German charts. The accompanying Wolfsnächte headlining tour was almost completely sold out and became one big triumph – as were the countless shows at the summer festivals, which completely captivated the audience thanks to Wolf’s (un)holy masses. In 2020, the Best Of album Best Of The Blessed climbed to #2 in the German charts, before on the Wolfsnächte Tour 2022, the biggest halls in Europe will once again be completely under the sign of the wolfpack as the new studio album Call Of The Wild can finally be experienced live. 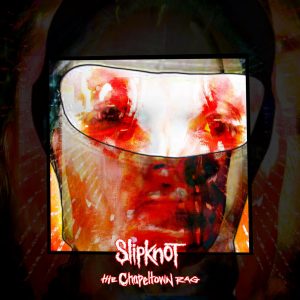 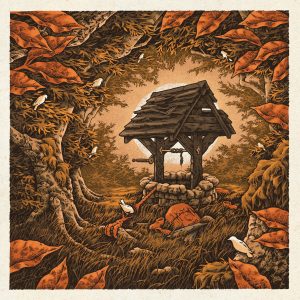