Thundermaker initially began life 2013 as a heavy metal project put together by the Swedish pairing of multi-instrumentalist Marty Gummesson and drummer Eddie Juneskär with the debut, The Thundermaker, coming out in 2014 and it featured a number of guest vocalists which was a pattern repeated on the follow up, Gods Of The Earth, in 2018.

The problem that I had with this album was that the different vocalists and the songs gave no real flow or continuity to the album and it therefore suffered from a lack of identity. The first thing that must be noted on The Road is that Eddie Juneskär is not mentioned in any of the publicity so I can only assume that that he is no longer involved which means that Marty Gummesson plays rhythm and lead guitar, bass and keyboards but crucially the drums are not mentioned at all but they definitely feature. Maybe it is a drum machine but it doesn’t sound like it.

Gummesson has written ten new songs for this release and again has invited several singers to provide the vocals so The Road sees the involvement of some great artists in Tim ‘Ripper’ Owens (Judas Priest, Iced Earth, Three Tremors), Ronny Munroe (Metal Church), L-G Petrov (Entombed) and Rille Larsson (Supreme Majesty, Seance). The album has been dedicated to Lars-Göran Petrov who sadly left us on 7th March 2021 when he lost his battle with cancer. RIP.

The central concept to the album is the journeys that we all take in life, the decisions we make and the connections we make with others along the way and Gummesson tells this tale through his expressive lyrics, once again, you can buy into the concept or simply sit back and enjoy the music as, ultimately, the choice is yours. I certainly feel that there is far more cohesion on the new album and the song writing seems clearer and much more in focus with the guest singers adding their own particular identities to the songs and collectively they all do work together very well. Marty Gummesson plays some pretty neat guitar throughout the album with the quality singers each bringing their own spark of magic to the project to make a thoroughly enjoyable and totally hard rock album to savour. Come on, let’s face it, if you can call on the favours of Ronnie Munroe, Lars-Göran Petrov, Rille Larsson and Tim Owens then you are doing something right in the world of rock and the fact that there is such a contrast between them, paradoxically, unites the work rather than divides it.

The Road is a rock album with much to recommend and it is always nice to hear singers doing something different than their day jobs. 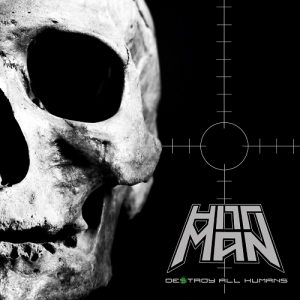