In the ‘old’ days you would casually wander around the record shop flicking through the albums to see what caught your attention and this was why the album cover art was as important as this was usually your first point of contact with a record or band. Remember, there was no internet so we had to rely on a weekly radio rock show on the independent networks (if we were lucky), Fluff Freeman’s show on Saturday or Sounds or NME. It was not always easy to find out information on new bands so, quite often, you would buy an album based purely on the band name and/or cover art. Sometimes you made a complete mess of it and other times you discovered a wonderful new band. This is a rather long winded way of saying that if ÜLTRA RAPTÖR was a band from the ’70s then I would have been intrigued by the band name and the mysterious umlauts but most certainly would have bought the record based entirely on the cover. As you can see, Tyrants is one hell of a cover and guaranteed to draw your attention, come on, it’s got a dinosaur, scantily clad maidens and a pyramid on it and how could you not be seduced by that? You then took the album home, lifted the record player arm and nervously dropped it onto the vinyl wondering if you had made a mistake and in seconds you knew the answer. In the case of Tyrants it only took a couple of seconds to realise that this is a big, big band and they are the real deal so the cover art never lies!

Now to the band proper with ÜLTRA RAPTÖR being a Canadian speed/heavy metal/thrash band and there is something to enjoy in this quite brilliant debut album for any rock fan. The band formed in 2015 in Québec City, Canada when three guys called Criss Raptör, Steve Force, and Rick Wild were discussing forming a band based on heavy metal derived from German Speed and USPM with a sci-fi/fantasy theme for the songs and lyrics but it was just as important that everything had to be over the top and, already, most of you are interested as this is a conversation so many of us have had at some time or other. The final selling point to me is that (apparently a true story) Rick Wild came up with the name of ÜLTRA RAPTÖR saying that they could ‘have a song that sings about Cadillacs & Dinosaurs.’ Once again, how could you not go for that concept? The band then started to get real when vocalist Phil T. Lung joined in 2017 with bass player Dick Van Heuß joining in 2018 when they had their first gig opening for Udo Dirkschneider and what a way to start your career in metal playing with the master! The same year also saw the release of the self-titled debut EP which does feature a track called Cadillacs and Dinosaurs which is both bonkers and brilliant. 2018 also saw a reshuffle in the band with Steve Force and Rick Wild leaving the band for pastures new and were replaced by Tony Bronco and Nick Rifle. The new team then set about recording Tyrants which has taken almost two years to complete but you can tell have much love, care and attention has gone into the album which is a real heavy metal delight. You only need to look at the names of the tracks to see the sci-fi and fantasy themes that drive the band and all are big, bold and ambitious so they need a style and a delivery that is gloriously and most suitably over the top.

It is easy to pick up on influences from both sides of the Atlantic with Judas Priest, Exciter and Manilla Road standing out and you will surely pick out so many more bands in there too. Phil T. Lung has an intriguing vocal delivery that is demanding and precise and he also has a touch of Udo about him, Criss Raptör on lead guitarist combines beautifully with Nick Rifle on rhythm guitar and their work together is integral to the band being fast, furious and abundantly excessive with the engine room of Dick Van Heuß on bass and Tony Bronco on drums never straying far from overdrive and always in the red, these two boys can really pound out a rhythm! This is an assured debut with a great set of song delivered with style, energy and perfect enthusiasm by a new band with so much to offer.

If you like fast and furious metal with the power and energy of thrash then there is a new band in town with a guarantee of metal satisfaction, quite brilliant and ever so gloriously over the top! 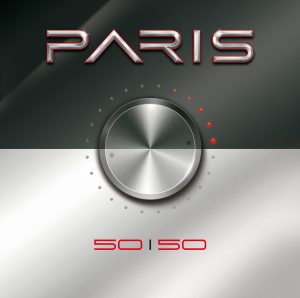