In the late ’90s Yes seemed to be back on a little bit of a resurgence after the baffling skirmish between the so-called ‘Yes-West’ incarnation which recorded 90125, Big Generator and Talk, the absurdly named ‘Anderson Bruford Wakeman Howe’ which appeared after Jon Anderson left the former, and the shambolic Union meeting which saw a car-crash (at least on record) with all of the main protagonists coming together in a way that surely God never intended! In a turn of events hardly anyone expected, the classic White-Wakeman line-up of the mid to late 70s reformed to produce the two highly impressive half-live-half-studio Keys To Ascension albums. Wakeman bailed again after that, but the rest soldiered on with the addition of Billy Sherwood and, shortly afterward, Igor Khoroshev on keyboards. The result was these two albums, now reissued in the earMusic Classics series, with Open Your Eyes in 1997 followed two years later by The Ladder. Conventional wisdom has it that the former album was a creative disaster with the latter being a triumphant return to form. 20 years on, is that still the case with the benefit of time and hindsight? In the view of this particular pair of ears, no – no, it isn’t.

Let’s look at Open Your Eyes first. Almost ignored on the subsequent tour, with no tracks above seven minutes and no dedicated keyboard player (Sherwood handled some keyboards but is more of a guitarist, and Igor appears on only a couple of tracks), all signs pointed to ‘disaster’, as the Magic Eight Ball might have had it. In fact, however, there is much more praiseworthy material here than your hazy memory, or the album’s reputation, would have you believe. Let’s get the real clunkers out of the way first though: Love Shine has a saccharine lyric only matched by the horribly manufactured glossy pop sheen it carries, while the timing of the final track at over 20 minutes is a dreadful let-down as it actually ends after less than six, only for some empty minutes and then one of those so in-vogue at-the-time ‘hidden tracks’ coming in, consisting of around 15 minutes of water, birdsong and occasional brief snatches of vocals from elsewhere on the album. It’s hopeless and worse than unnecessary – but I listened so that you don’t have to!

Now, the positives. Firstly, Steve Howe. This is, in many ways, his album, even though he was absent for many of the sessions. He sprinkles liberal amounts of his signature guitar magic all over the record, single-handedly elevating several of the songs from compositional mediocrity to excellent Yes music. He really is the Trademark Of Quality stamp all over the album. Of the individual songs, Universal Garden is a true standout, with the ‘real’ closing track before the hidden nonsense, the anthemic The Solution, only just behind. Opener New State Of Mind is a decent stab at a contemporary sound while the title track comes right after it to great effect, putting the listener on-side early. From The Balcony is a nice breather from the sometimes slightly samey feel of the production, being a lovely restrained duest between Howe and Anderson. Yes, there are faults in the songwriting, and it was never going to trouble the band’s 1970s peaks, but in the opinion of this particular scribe, it’s exponentially better than any of the three ‘Yes-West’ efforts, and even the worst material here doesn’t plumb depths anything like Owner Of A Lonely Heart. Give this a go, it might surprise you.

So, on to The Ladder, which garnered all of the praise at the time. And it is a creditable Yes album for sure, but to place it on a pedestal above its predecessor is misleading. It does open with a genuine Yes classic in the almost-ten minute Homeworld (The Ladder), which is head and shoulders the best track on either record, and the presence of Igor (now a full-time member) helps a lot, but look beyond that and there is an argument to be made that Open Your Eyes may have more consistent material. The album closes well, with tracks like The Messenger and another nine-minute effort New Languages, and leaves the listener with a positive impression, but it has to be said that in between there is something of a dip, with a sew songs running into another in a rather half-hearted appearance at being a ‘suite’ of sorts. Lightning Strikes, Can I? and Face To Face are fairly inconsequential, if relatively brief, songs which indicate a bit of a paucity of top class material.

These are an interesting couple of reissues, as they come from something of a ‘forgotten’ period of Yes history, and represent something of a last-gasp of sorts before the orchestrally backed Magnification and the eventual departure of Jon Anderson in the next decade. Both come in nice digipak packaging, with Open Your Eyes sporting a nice lyric booklet and The Ladder coming with an attractive mini-poster – albeit one which will necessitate a visit to the Hubble Telescope in order to attempt to read the lyrics! If you never heard these albums up at the time, or you want to refresh your memories of them at a two-decade distance, these are an excellent way to pick them up. I rank the two albums very close, and Open Your Eyes in particular just might surprise you… 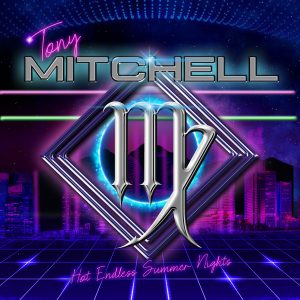 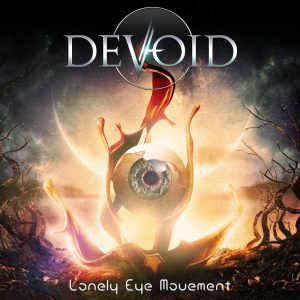 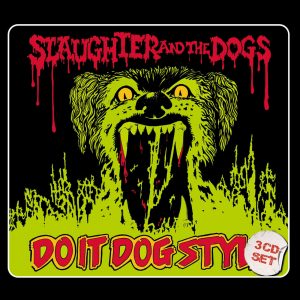 3 thoughts on “YES – REISSUES: Open Your Eyes / The Ladder (earMusic)”