OK, so this is the story. One swelteringly hot day in 1994, a hard-working Buckinghamshire band named Jump was playing its fourth gig of the week, entertaining the punters at the premiere of a film called Brave, based on Marillion’s urban concept album of the same name. The other act at the event was American singer/songwriter John Wesley, who had brought out an album the previous year, produced by Marillion’s keyboard player Mark Kelly, who was present at the screening. Kelly was impressed by Jump’s set and their general demeanour, and struck an arrangement with the band to produce their next album, which materialised as The Myth Of Independence in 1995, Jump’s fourth album and their only one not to have been recorded at Mars Studios in London, having been recorded at Marillion’s studio The Racket Club in Buckinghamshire.

The knock-on effect was that Jump opened for Marillion several times, and also for Fish, Marillion’s former front man, on his Sunsets On Empire tour. The world turns though, Jump have continued releasing albums over the intervening quarter of a century, and The Myth ended up dropping out of production. Despite not having been available in physical form for close to 20 years, it’s still a heavily sought-after relic amongst Jump fans, and was perhaps the most pivotal fixture in raising the band into the limelight. And so it is that the album has at last been raised from the ashes with this new edition, renamed as The Myth Remastered.

Anyone familiar with Jump’s back catalogue will know that their material is not easy to categorise. Often lumped in with the prog genre, they’re basically a rock band, also containing a strong folk element – but their main driving force is the astonishing lyrical ability of front man John Dexter Jones. His gift for story-telling and incisive social commentary gives their work a depth and reach that goes way beyond the standard fare of pop and rock.

In fact this album abandons any prog pretensions, or even folky overtones, and falls firmly into the rock genre, with overdriven guitars, funky bass lines and excellent musicianship. There are eighties influences in some of the keyboard and drum sounds, which date the set ever so slightly, but the mix and mastering is truly fantastic. The set opens with the seven-minute epic Tower Of Babel, which features groovy, interlocking rhythm guitars and Jones in uncharacteristic semi-spoken mode, something approaching rap almost, having a poke at the hypocrisy of those with power and influence. The second track, Princess Of The People, takes a general swipe at high-profile, popular figures who are oh-so-annoyed at having their privacy invaded by the media, while demanding all the privileges of untold wealth and fame. It’s a transparent swipe at Princess Diana, which has been unfortunately blunted by the tragic circumstances surrounding her death a mere two years after the album’s release. It’s still a great song though, if unfortunately timed!

On The Wheel follows, lamenting the pointlessness and stress of much of modern life, which harries so many to an early grave without giving anything back, with Heaven & Earth continuing in the same vein, but with a much harder-rocking edge. The quieter and more contemplative Valediction is positioned next, in perfect juxtaposition, again lamenting our rapid passage through life, often with so little to show for it. Runaway takes a different look at the same theme, with effects-dry vocals sitting just right of centre in front of some beautiful acoustic guitar fingerpicking – it bemoans the fate of a homeless runaway, who feels blamed for the anguish of those he or she abandoned, without a thought for the circumstances which might have led to that eventuality.

Keep The Blues drops the frustrated politics for a moment, being basically a relaxed ode the blues, with a sudden bit of up-tempo hard rock thrown in before fading out on a nostalgically reverbed guitar solo. Blind Birds might be my favourite song on the album, which skirts around the tragic spectacle of suicide, with the victim’s home-help raising the alarm and a breathless copper arriving at a run, but still too late… a haunting subject, beautifully handled.

The Shallow Man is kind of a childhood nightmare concerning a spectral figure – the rain beats down as it so often does in JDJ’s recollections. This track features some great female backing vocals from Chrissie Hammond, who used to sing for Cheetah, and was in Rick Wakeman’s band at the time of the album. Her powerful, rock-heavy pipes supply some pounding oomph to several of the tracks. Drivetime is a much more real-world nightmare shared by millions of motorists each day, stuck in the ‘taillight soup’, chasing the myth of independence that gives the album its name. The set finishes on another funky pop-rocker named On My Side – the temptation with Jones’ lyrics is to look for the hidden meaning, but this is clearly a simple song of devotion and gratitude. It can’t avoid the intensity that comes as standard though, until suddenly at four minutes, the band take their collective foot off the gas and the whole thing calms down in some imperceptible way and breathes easy for possibly the first time on the album. Chrissie Hammond’s vocals are used much more subtly on this one, bolstering the sound without taking over.

I am sadly unfamiliar with the original release, so I’m not really qualified to say whether the new mastering is better or worse – but what I can say is that it is superb, with some nifty panning echo and reverb and subtle instrumentation that justify a spell under the headphones. If you’re already a fan of the band’s work, you’ll be more than happy to have added this one to your collection. 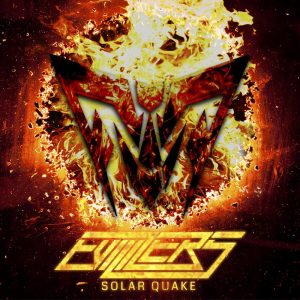 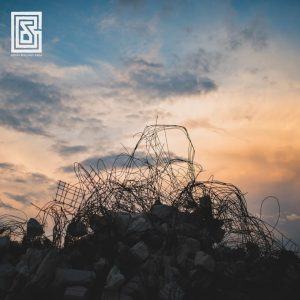