I think with this record we found the perfect mix of songs, dynamics and emotions…

Dutch band Lesoir’s output is generally described as art-rock rather than prog, but it’s clear the genres cross at some point, and this might be it. Lesoir toured as Special Guests of the Polish band Riverside in the spring of 2019, an experience which helped inspire a new album that has been touted as something of a change of direction for them; maybe more atmospheric and a little less angry. The new album was recorded during the winter of 2019, well before the current Coronavirus lockdown, although by one of those cosmic chances that sometimes occur, it could easily have drawn its inspiration from this scenario. Despite the lockdown playing havoc with the launch, their new album Mosaic is drawing praise from all directions, giving the band plenty to do to keep themselves occupied. Nevertheless, guitarist Ingo Dassen took time out of the band’s heavy schedule to answer some questions…

VT: Congratulations on the new album, which is excellent! Your promo material describes your music as an “ethereal, otherworldly landscape of emotional, dreamy art-rock decorated with light progressive elements.” I think that is an accurate description, but how would you describe this album?

ID: The same! I think the overall vibe of our latest album is as described above.

VT: You also said that you wanted to escape the confines of genre with this album. How does it differ from your previous material?

ID: We just wanted to write songs, and didn’t want to overthink it too much. Not think about genre expectations if you know what I mean. I think our latest doesn’t differ that much from our previous ones, but overall I think with this record we found the perfect mix of songs, dynamics and emotions.

VT: How would you explain the title Mosaic?

ID: Our lives are made up of various elements and parts; people, pets, work, our homes. They all have a colour, a shape and they vary in size. It is up to us to make our lives into works of art, using all these parts and elements, to make the complete picture. Character and style come first, and of course that which you find beautiful and important. Are your choices random, do you like to mix it up? Or do you arrange the parts into a beautiful, recognizable image? Do you arrange them by colour, by shape, or something else? The answers may not be obvious at first. But on reflection it is you that decides for yourself the parts, the colours, the shapes and sizes.

ID: Lesoir is a family; over the years we have said goodbye to people and welcomed new ones. But this lineup is already strong for the last three albums. If people have quit the band, it was always for logistic reasons (such as moving to USA) or lifetime opportunities (our two previous drummers received offers to play in Oscar & the Wolf and Delain). Still they are part of the family. We jam together and help each other out whenever needed.

VT: How did the current line-up come together?

ID: Well we all go way back. Where we live is a bit like Cornwall in the UK – the scene is small and everyone knows each other.

VT: Does Maartje always sing the lead or do the two vocalists share the vocals?

ID: Maartje is always the lead.

VT: Who writes the songs?

ID: I write the compositions; Maartje writes the vocal lines and lyrics.

VT: A lot of credit for the sound of the new album is attributed to the Polish band Riverside, who you toured with last year. How did that tour influence the direction you took with this album?

ID: We got a lot of energy and inspiration from it. And we decided to write songs, not riffs, no mathematical stuff (which can nevertheless be supercool and very impressive).

VT: The sound incorporates a lot of instrumental layers, with different keyboard and guitar sounds and effects adding different moods and textures. But I think track 1 includes the only actual guitar solo (plus a bit in the final track) and there are no keyboard solos as such. Is there a reason for keeping the instrumentation to a backing role?

ID: Well we’ve never played that many solos on a record! Ha ha! But still, seven of the nine songs contain melodic solos. We also don’t have a keyboard player; we have keys on stage played by one of the two ladies, but no dedicated key section. We do have flute solos though! The song Is This It is a dual solo between guitar and flute.

VT: What brought you to Cornwall for the recording?

ID: The peace, the escape from our daily reality, the people, the vibe, the energy. We just love the UK!

VT: How did you get the production team of Jo Partridge, John Cornfield and Paul Reeve on board? What roles did they all take?

ID: John we met in 2010 on our first UK tour and he is already responsible for the general mix and production on four of our records. Paul we met in 2015 while recording the album Luctor Et Emergo at the Airfield Studio, which is owned by Jo. We flew Paul in as a dedicated vocal producer. Jo is just a wonderful guy with great stories and a GREAT studio!

VT: Do you generally use a different production team and studio setting for each album? Or do you have favourites?

ID: We switch studios (the previous album was recorded at the Sawmills Studio, Google it!) but our main man behind the knobs is JC.

VT: Ten days is a very short time to produce a complex, atmospheric album like this. Was it a more concentrated atmosphere than previous albums? Did you get to see much of Cornwall?

ID: We always do a 10-14 day session for an album; the pressure keeps us focused and we are well prepared. We didn’t see that much from Cornwall this time, but Cornwall feels like our second home and over the years we’ve played, travelled and partied there a lot!

VT: Your previous album seemed to be a bit of a tour de force – several versions, a big double album. Was it a deliberately big project or did it just evolve?

ID: We recorded the album at the Sawmills studio and it was a heavy one to get done in again just two weeks. After that session we decided that some songs fitted perfectly for orchestral add-ons, so we recorded that. Then we decided that we had to perform at least once with a proper string orchestra, so we did that too… in the end it was a lot! But not deliberately, it just felt right at that moment.

ID: No not really.

VT: Lyrically, your work has a reputation for being angry. What motivates that?

VT: I would say the track Is This It is still pretty angry! It is also very diverse though, drifting in and out of 4-4, 3-4 and 7-8 timings, with chill sections and heavy sections and some pretty neat stereo panning. Measure Of Things is similarly complex. How do songs like that evolve?

ID: Well to be honest, I write really without a knowledge of music theory etc. I start writing, and like a painting I’ll add layers, remover others, cut loops etc. And when it’s finished my band members most of the time tell me the timings etc! A song like Measure Of Things is a 5 guitar over a 6 backing… It sounds great in the song, but it’s a pain in the ass to play live!

VT: What is the really deep sub-bass towards the end of Somebody Like You?

ID: It’s a plug-in John uses on the bass.

VT: There is a nice, legato bassline in The Geese. I wondered if it was a fretless bass or a synth of some kind?

ID: No, it’s played on a normal bass, but the line is a bit crazy. I actually wrote it on guitar and gave the line to the bass player. Kudos for him getting it right on the record.

VT: I recognised the spoken passage in Dystopia from the book 1984, which I read when I was at school. I didn’t remember the last bit though, where he says, “Don’t let it happen”. Do you know if that was only in the film on George Orwell, or was it in the book as well? Was the vocal lifted straight from the film, or did someone else read it?

ID: Well in fact the sound sample is from the last BBC interview George did.

ID: When we wrote it not really, but the choir part was an add-on idea from Paul Reeve and that was heavily influenced by Kate Bush.

VT: There is a short instrumental named MXI towards the end of the album. What does that mean?

ID: If you see your life path as a piece of art, the Coronavirus situation at this moment has shattered a lot of these pieces.

VT: Clearly the album was not created to reflect the current worldwide lockdown; nevertheless it seems apt wouldn’t you say?

VT: How do you see your direction progressing in the future?

ID: I don’t know to be honest. We try not to overthink it. Maybe the next record will be a heavy one again, maybe more folky… but definitely us!

VT: What are you going to do next?

ID: On the 20th of June we will stream a full multicam live show on a big stage with a proper live sound. Maybe we will release this as a live album later this year!

VT: Well that’s something to look forward to! In the meantime readers, enjoy the stunning video for the title track. Mosaic, below… 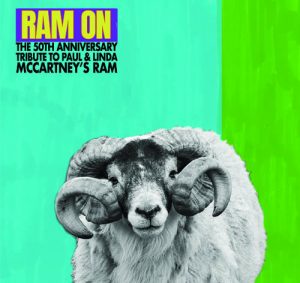 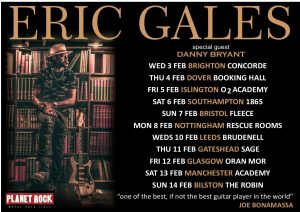 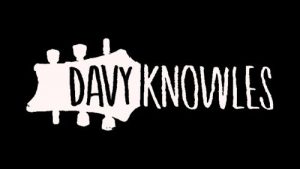