Once again we see Spirit appearing under the roaming eye of Esoteric, with another in their rather wonderful series of deluxe reissues.  This time it’s a slightly unexpected album getting the treatment, in the shape of Tent Of Miracles from 1990 – the band’s penultimate studio record. They were at what can only be described as a rocky stage of their career as, down to a trio after the hub of guitar wizard Randy California and drummer Ed Cassidy recruited bassist Mike Nile to join them, they found themselves without a record contract, so they put this album out on their own Dolphin label. For some unknown reason they chose to release it accompanied by one of the worst cover designs in living memory, adorned by a black and white photo of the band taken by Cassidy on an auto-shoot timer on the previous tour. Unsurprisingly the budget, amateur look of this put most of the buyers off, and the record tanked.

Let’s look at the really good news here, namely that this hideous cover has been ditched in favour of something far better and more in keeping. It actually has tents on it, for one thing! Perhaps not the most important thing, but it certainly helps. What of the album itself though? Well, it is certainly a stylistic change from the previous album Rapture In The Chambers, which had received heavy criticism for being over-produced and laden with synthesizers. With the new line-up, the band took a much simpler, stripped down approach, more in tune with the feel of their playing than any unnecessary sonic decorations. And like the proverbial curate’s egg, it is a partial success – ‘good in parts’.

Several good points stand out here. The album stands as a cohesive ‘band effort’, with all three contributing to the writing, and a commendable unity in the playing. Several excellent tracks leap out straight away: the classic Spirit ‘groove’ of Love From Here and Zandu to name two obvious ones, and the less typical Logical Answers. This concise country-folk tinged song is an unexpected joy in its charming simplicity, with California supplying what are indeed logical answers to some of life’s ‘big problems’. Three and half minutes in, and he’s offered solutions to poverty, world hunger and prison overcrowding among others, in a way that makes you briefly think ‘hang on, wait a minute…’ and wonder whether he isn’t actually right, darn it.

There are a few low points. To these ears the title track fails to cut the mustard. A favourite with some fans, it has Nile trying specifically to hit the style of classic Dr Sardonicus Spirit, but its ramshackle Bo Diddley treatment wears thin over six minutes – though my ears may well be in the minority here I do concede! Likewise the stoned semi-spoken jam Stuttgart Says Goodbye (here spelt ‘Stuggart’) is almost classic but just misses the imperceptible magic this type of piece needs to make it float.

Interestingly, for this release, as well as a generous helping of bonus tracks from rehearsals and unused material, compiler Mick Skidmore has actually replaced a few of the album tracks with alternative versions he deems to be superior. I cannot comment on this, having not heard the album before this, but certainly since those tracks include highlights Love From Here and Logical Answers, he seems to have hit the mark. Also present is a second disc of a show from early the same year, prior to the album’s release, when the band were working out final arrangements of the new songs in the live environment. Love From Here reaches its full potential here in an expanded form, as does Zandu, and there are a clutch of old classics plus a couple from Rapture In The Chambers to keep fans happy. To my knowledge, this may be the only place to legally acquire a concert recording by this line-up, and great care has been taken. The opening song, the Ed Cassidy instrumental Borderline (which also opens Tent Of Miracles) failed to record properly owing to technical issues, but for completeness a version recorded at another date on the same tour has been added to the end of the first disc as another bonus. It’s a good version as well, so that’s a nice touch.

If you’re looking for the best Spirit album, then obviously this isn’t the place to start looking. If, however you are a fan and love all of the more familiar material, this is a very good investment. Second disc and getting rid of that awful cover? You can’t lose… 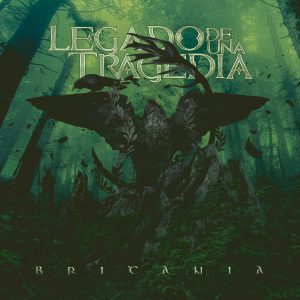 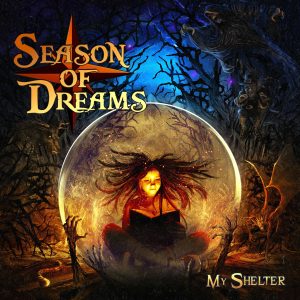