I think it has now been well and truly established that the singing sensation that is Ronnie Romero can do no wrong. His rise to fame has been spectacular since he first came on the European scene and has very quickly built up a most impressive back catalogues with Lords Of Black, The Ferrymen, Sunstorm and, of course, the big one in Rainbow making his such a desired musician to have in your band or project. His voice, as we all know, is truly spectacular and he is one (if not the one) of a few number of singers vying to claim the title of the sadly departed and forever rock god Ronnie James Dio. Romero’s output has been prolific and each new release has seen him cement his place in rock legend and if you have the talent then why not use it and Frontiers has certainly been keen to utilise the great man’s voice at every opportunity.

We now come to his solo album simply entitled Raised On Radio and no prizes are given for guessing that it is a collection of cover versions with the songs on the album being of special significance to Romero as these songs and bands were part of his rock youth that he grew up listening to. Some people will no doubt moan about it being an easy album to make and release and another cash crop for the record label but if you approach it from the angle that these are Ronnie’s songs, as it were, then it makes sense and becomes far more legitimate. Come on, we all love a covers album secretly and who can deny the validity of something like Pins Up where David Bowie showed that you could sing someone else’s song but impart it with your individual dynamic. This then is exactly what Ronnie Romero has done on Raised On Radio being his homage to the icons he grew up with which most of us will have done too.

Romero has brought in a special team to give life to the project with Srdjan Brankovic on guitar, Javi Garcia on bass, Andy C on drums and Alessandro Del Vecchio (who else) on keyboards There are several guests too with Danny Gómez playing lead guitar on I Was Born To Love You, Javier Reyes playing lead guitar on All Along The Watchtower and Corina Minda with backing vocals on All Along The Watchtower. The track listing can be seen below but Ronnie and team have covered songs by some of the real greats in rock including Bad Company, Queen, Kansas, Foreigner, Uriah Heep and Led Zeppelin but, rather sensibly, he has avoided all of the cliché covers by tackling some of the lesser known song and what a great job he has done too.

Romero has a great deal of Dio in his vocal delivery and it is interesting to hear how his powerful voice works with material more associated with some of the greatest ever singers. All are done with great respect but in Romero’s indomitable style with some fabulous version as with the Uriah Heep tour-de-force Gypsy and even Zeppelin’s Since I’ve Been Loving You which he nails perfectly. Other delights are Grand Funk Railroad’s Sin’s A Good Man’s Brother and Foreigner’s Girl On The Moon. Of course, there is a cover of Dylan’s All Along The Watchtower which is short and sweet and not the usual Hendrix type cover that everyone seems to play. There is a Dio associated track here but perhaps not one of the many that could have been chosen and his choice of Carolina County Ball was inspired as his is take on this ever fresh classic.

Special praise must go to Srdjan Brankovic and his immaculate guitar playing which is off the scale in terms of genius and his work on the Zeppelin cover is jaw-droppingly good. A hell of a lot of thought, effort and love has gone into this album and this shines throughout each and every track. Romero and team bring something new to every song covered and it is a real treat to see some of them in a different light. Perhaps the most difficult song to cover is Queen’s I Was Born To Love You as there was only one Freddie and, God Bless him, he will never, ever be replaced. Ronnie gives it everything but you are still left wishing for Freddie. No disrespect here to Ronnie as his version is brilliant but, to me at least, the only band that should never be covered is Queen.

Raised On Radio is one of those albums that everyone who hears it will fall in love with it because the songs are brilliant, you know them all and Romero’s voice brings out new facets and virtually makes them all his own. I hope they have a Raised On Radio II in the pipeline. 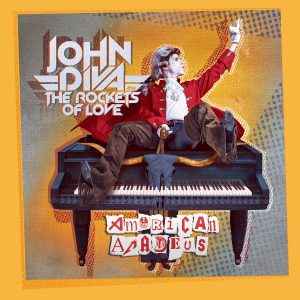 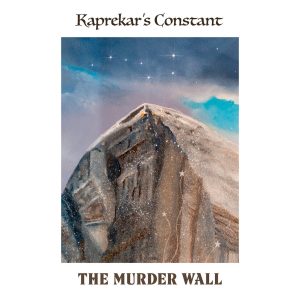