Things get even more interesting on the second disc, with the lost tracks by the big guns jostling with ever more eye-opening lesser lights

The 1960s are rightly remembered as being perhaps the most pivotal decade in the development of what we now know as rock music, and that largely comes from specific events. The advent of the Beatles and their development into global mega-stars in 1984-65. The ‘Summer Of Love’ and the flowering of the psychedelic movement in 1967. The first beginnings of the prog rock and heavy rock scenes in ’68 and ’69. What often gets squeezed out in the middle of that extraordinary musical and cultural sandwich, however, is the year 1966. The year when bands were awakening to the fact that things could be a little more adventurous than the ‘beat group’ pop hits of the early part of the decade, and yet not quite knowing just how to express that idea in their music. What this resulted in, when the layers of the better remembered songs of the year are stripped away, is an astonishing melting-pot of ideas, with new bands full of exciting experiments, older established artists wanting to find a ‘way in’ to this new and sometimes baffling scene, and some who were simply caught in the middle like rabbits in the psychedelic headlights, before scurrying away to safety again after one or two releases.

This collection offers a truly bumper crop of 84 tracks spread across three discs. Yes, that’s eighty four. All British, and all from 1966. This is no cursory ‘greatest hits’ or ‘introduction to…’ package here – if you have heard of more than half of the artists included here you are doing extremely well. If you’ve heard of all of them, then you compiled the album and have been found out! There are a few household names here, for sure (though often with entirely forgotten recordings), there are a number of utterly unknown curiosities and there are a number of names which are either half-familiar or only known for providing a starting point for later stars. And as you would expect, the quality varies as wildly as the familiarity – if I were to claim now that there are 84 exceptional recordings here I would rightly be howled down as that would not only be unreasonable to expect, but also not really the point. What there is on offer here is a good number of truly excellent tracks and a large amount which are unquestionably fascinating, merely because of who they are by or what they are trying to do. And the whole thing is chronologically sequenced, taking you on a journey through the year.

Two songs into the first disc we hit the Yardbirds with their classic Shapes Of Things. Mark this, as your feet won’t be in that shallow end for too long after that! A number of other household names appear on that first disc, but the songs are a different matter. Marc Bolan’s Hippy Gumbo may be remembered by some, but David Bowie happily warbling his way through I Dig Everything? Precisely, and in that particular case there is a reason why it doesn’t hit many of his compilations. How about these though – The Hollies with Oriental Sadness, the Bee Gees with Play Down, The Pretty Things with A House In The Country and even a young Rod Stewart happily bellowing I Just Got Some. And this bunch of nuggets is all on the first disc , along with the weird and wonderful likes of Mick Softley With The Summer Suns, The Ugly’s (their apostrophe!) and Lindsay Muir’s Untamed. There are wildly fuzzed guitar licks, blissful harmonies and jangly Byrds-ian twelve strings busting out all over, like a kid opening all of his Christmas presents in five breathless minutes.

Things get even more interesting on the second disc, with the lost tracks by the big guns jostling with ever more eye-opening lesser lights. Cover versions start coming into play, with The Score contributing a bizarre version of Please Please Me, The Loose Ends amusing themselves with Tax Man, and The Tomcats kicking around Paint It Black to no particular effect. The obscurities keep coming, as we get The Animals with Outcast, The Moody Blues with We’re Broken, The Pretty Things with My Time (a demo no less), Manfred Mann with You’re My Girl, Al Stewart with Turn Into Earth and, most notably, The Kinks, who give us a song I had never ever encountered before entitled Fancy. It isn’t, in actual fact, very fancy at all. The really crazy stuff starts hitting us now though, with The Tremeloes launching themselves into this strange new music with a song called, appropriately, What A State I’m In, which is essentially a typical beat-group pop stomper interjected by squalls of insanely fuzzed-up guitar work. It’s like the MC5 hopping back in a time machine to help out on I Want To Hold Your Hand, and is like nothing you’ve ever heard. Best of all though is a slab of insanity by The Artwoods entitled Molly Anderson’s Cookery Book. Now, I don’t know if you have ever bemoaned the lack of songs incorporating a celebration of Batman And Robin along with a recipe involving ‘soundproof bananas’ and gorilla-sized pumpkins (Lord knows, I have), but here it is in all its certifiable glory. There is also a sort of ‘suite’ by the name of Sagittarius by The Cortinas, in three distinct movements. It lasts two minutes and 42 seconds. Perhaps best off all we get Painter Man by The Creation, with its lyric examining that staple of popular song composition, a recently graduated artist bemoaning the fact that he has to turn to commercial artwork to earn any money. Man, the ‘60s were hard! The fact that Boney M, of all people, not only covered this a decade later out of nowhere but also took it into the charts is one of music’s great mysteries.

Anyhow, ready for a third disc? Well, I hope so, because here it is. As the Autumn of ’66 comes into view, we have several more obscurities by those big names: Don’t Tell Me by a young Arthur Brown, I Am The World by the Bee Gees, Clown by The Hollies, Indication by the Zombies and the closing track Disturbance by The Move, the lyrics of which give the set its name. There are a host of fascinating nuggets on this disc in fact, as we have Slade in an early incarnation as the N’ Betweens making their second appearance of the set, Status Quo as The Spectres doing Hurdy Gurdy Man (no, not that one), Lemmy making an unexpected appearance in The Rocking Vickers (respelt from ‘Vicars’ for their singles) and Ian Gillan and Roger Glover popping up in Episode Six. The Yardbirds give us Train Kept A-Rolling, rewritten with different lyrics and titled Stroll On for absurd copyright reasons, and there is an absolutely definitive version of I’m Not Your Stepping Stone by the sadly forgotten band The Flies. There’s a single by Beverley, which initially means little, but it turns out to be the later Beverley Martyn, wife of John.

Added to all of this, there is an astonishingly well researched 52-page booklet (well, ‘book’ would be a better word to be honest) giving you every single little bit of trivia on every one of these 84 tracks, right down to recording dates for unreleased songs and details of session musicians and where some of the musicians ended up later, which would make quite some ‘family tree’! And I haven’t even mentioned appearances by Jimmy Page, John Paul Jones, Nicky Hopkins, John Glascock (Jethro Tull) or Alan Shacklock (Babe Ruth). So, ‘60s music fan or just a keen interest in music history? Then this set will fascinate you. If you happen to be both of those things simultaneously, then all of your Christmases have just come at once. 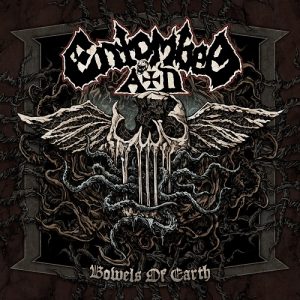 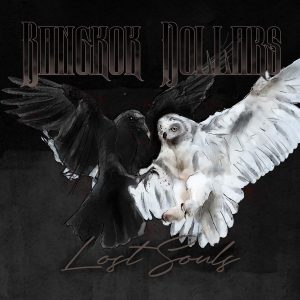 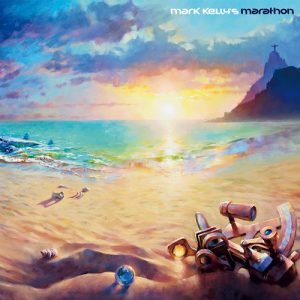