When Barclay James Harvest came to record this, their third album, in 1971, they were under some significant pressure, it must be said. Their previous album, the breakthrough Once Again, had featured two lengthy tracks among its number, including their evergreen and immediately popular Mockingbird. As always when following up a significant success, there was a clear crossroads to navigate: whether to take the easy route of replicating the pattern of that successful work (see King Crimson’s second album, for example), or go in a different direction in order to have less looming over one’s shoulder to live up to (see pretty much every other King Crimson album, come to think of it). BJH took the latter course. While there was still significant orchestration, which had been so successful on Mockingbird in particular, there were however nine tracks here, with only one above six minutes in length. The overall feel is less lush and textured than Once Again, with the emphasis more on the songwriting than the mellifluous arrangements. Even the sleeve design was notably simpler.

Largely, this was a success. Indeed, some of the tracks here which often get forgotten about as ‘deep cuts’ reveal themselves to be exceptionally strong. The opener Medicine Man is perhaps the best known song on the album, being a stage number famed for its dark, tribal, extended performances, such as the way it dovetailed with Summer Soldier on the Barclay James Harvest Live album to create a stunning side of vinyl. Those epic live performances have to be put firmly to one side, however, as this original studio recording is a different beast altogether. Coming in at just under four minutes, it is largely orchestrated and aiming much more for brooding mystery and musical texture than the big, percussive number it evolved into. It’s still an excellent song, albeit a very different one! Following that, however, are a trio of non-‘hits’, if you like, which are uniformly superb. Woolly Wolstenholme’s gorgeous Someone There You Know should really be regarded as a major BJH track, while John Lees’ Harry’s Song tugs at the heartstrings powerfully, even when you realise that it is written about a beloved parrot! Woolstenholme scores again with Ursula (The Swansea Song), written about a real life girl of his deep acquaintance, and with more than a whiff of classic Moody Blues about it. Indeed, I would venture as far as to say that, had this song been on a Moodies album with Justin Hayward’s name on it, it could easily have been a hit single. It’s a magnificently crafted song.

There is a little dip after that, with the Holroyd/Lees Little Lapwing not really finding its identity, and Song With No Meaning similarly meandering. Lees’ bitter, anti-industry Blue John’s Blues is spirited, but perhaps runs a little short of ideas to sustain its length of over seven minutes, the longest song on the album. Fortunately everything is wrapped up in classic style with the two-part The Poet/After The Day, originally two songs by Woolstenholme and Lees respectively (the former dating back to 1967) which were joined with a seamless orchestral bridge to create a single nine-minute epic. The Poet is a heavily orchestrated, introspective meditation, which somehow tees up the sweeping apocalyptic drama of After The Day perfectly. It’s the sort of ending which makes the listener want to go right back to Track One again, which is the perfect way to close an album.

As usual with Esoteric re-releases, however, you get a lot more than just the original album. Over two CDs and a DVD, there is pretty much every flavour of the album you could want. The two CDs contain, respectively, the original mix re-mastered and a brand new stereo mix. Sometimes it can happen that the new mix can show up a poorly produced original, but in this case both sound excellent. The new mix delivers with some separation which is more expansive than the album mix, but the new re-master of the original delivers more power and punch to a record which already sounded pretty damn good. It really is ‘listener’s choice’ with these. There are bonus tracks a-plenty as well, with none of them being the easy ‘single edits’ and suchlike, and they really flesh out the album. On Disc One we get firstly a couple of John Lees demos (one of which, Hymn To A White Lady, is fascinating as an early version of the classic Hymn, which eventually surfaced six years later on Gone To Earth. Before release, the band premiered Harry’s Song and Ursula on a BBC session, alongside She Said and Galadriel from the previous album, and all four songs are also here. There is also an eight minute workout of Medicine Man recorded for the BBC Radio Bob Harris show, which shows the song becoming what it would be as a live favourite, and it’s indispensable to show the development – as well as a great version in its own right. Disc Two brings us three different mixes which were used on the US release of the album (Medicine Man, Harry’s Song, Someone There You Know), and also three more different performances recorded at Abbey Road (Again Medicine Man and Someone There You Know, along with Ursula). These are crucial in completing the evolution of Medicine Man, with the US album mix having more instrumentation and less orchestration, while the Abbey Road version stretches out to over five minutes and shows the first sign of the tribal percussive backbone the song acquired. The DVD, meanwhile, is the Audiophile Haven with the full 24-bit 5.1 surround treatment in all its glory.

There’s the packaging as well. Housed in a very deep hinged box, we get three mini-gatefold sleeves, all being subtle variations of the album cover, along with an informative booklet packed with vintage photos and even a reproduction of a lovely-looking promotional poster of the time. The real ‘short story’? This is the best version of this album yet to have been released and, if you want these Short Stories on your shelf, this is the way to go. Buy it, and live Happily Ever After. 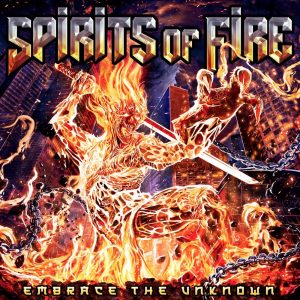 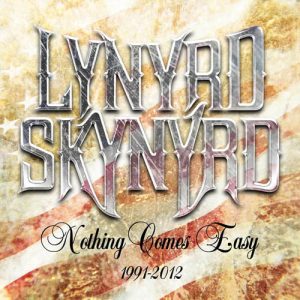