Dan Lucas (Lutz Salzwedel) is a German vocalist who first came to fame in the German Democratic Republic or East Germany in the early ’80s and, after escaping to the West, fronted several rock bands one of which being the heavy metal band Karo which led to touring with Meatloaf. It is amazing that for those of a certain age the simple comment of ‘escaping to the West’ calls up so many images and stories and I bet Lucas has some very interesting tales to tell!

After splitting from Karo he released several solo albums and slowly but surely built up his reputation and his growing stature can, perhaps, be measured by the quality of some of his guest who appeared on his 2000! album with Robin Beck, Lisa Dalbello, John Pierce, Kane Roberts, Michael Landau and Reb Beach adding their talents to those of Lucas. He has appeared on a number on TV based talent shows and won some too and is a staple on the German rock scene. He has a perfect, accent free delivery and is a great classic rock singer very much with a sound of Meatloaf and Joe Cocker with a touch of Brian Johnson as well. He has a warm and friendly delivery that is immediately appealing which works so well with the soft pop/rock music on display here and the album immediately feels like an old friend.

Lucas is ably supported by a talented team of musicians with Andrew Lauer on bass keyboards, Sebastian Berg on drums and Danny Krüger on keyboards plus there are several guests playing great sax and guitar solos with Lucas also playing guitar. The music is rather autobiographical with Lucas writing about his life so far and the ups and downs that he has been through and I hope that, at some stage, he puts some of these stories to paper as he definitely seems a most interesting character.

If you require a delightful album of soft, melodic or even yacht rock then this release is highly recommended. It is one of those growers which means that the more you play the more you get out of it and it is a good way to get into the life of Dan Lucas. 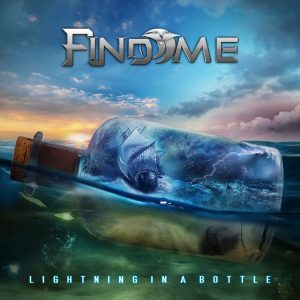