Voici L’Homme is the third album by this fine French progressive/power metal band and comes some five years after The Modern Age, the album that saw the band definitely becoming the finished article but there is still debate amongst fans as to which album is the best, is it the debut or the second and there is a great deal of print on this and now we have to throw album number three into the mix.

Of course, comparisons are purely personal and some fans like a band to remain exactly the same whilst others look for growth and development. I’m certain there are people out there who would have been happiest if Queensryche would have released versions of Operation: Mindcrime for the rest of the band’s life but this is surely the road to stagnation? So instead of comparing, let’s just accept that this is where the band is at the current state of its development and so what does DarkTribe bring us and has the wait been worth been it? Well, of course, the answer is yes, it was so obvious that this band was developing into a major player in the power/prog metal arena and the musicians have all of the necessary attributes required to succeed but they have the additional flair and style that only French bands seem to possess. In almost every case, every French band that I have ever come across wants to sound a little different to the rest and this is most probably because they want to maintain the special essence or ‘French-ness’ if you like. Quite simply, they do not want to sound English or American but French so they add the wonderful idiosyncrasies that make France such a wonderful crucible of culture, style and refinement.

The material is sung in perfect English as well as French and it is a combination that works so well. Unfortunately, my French is very poor but this is not an issue as it is a language that works so well when sung and always gives a little extra something to the overall sound of a band. The band still has the same team of Anthony Agnello on vocals, Loïc Manuello on guitar, Bruno Caprani on bass and Julien Agnello on drums and the band just sounds so together and in perfect harmony and even though power metal is designed to be over the top the band still plays with passion and flair but all is perfectly under control and restrained. For sure, if you are a fan of Stratovarius, Helloween, HammerFall, Gamma Ray, Dragonforce and even Pain Of Salvation then there is so much here for you to enjoy and revel in. Anthony Agnello is a real talent with a voice that is thrilling, soaring and powerful and he makes every song sound wonderful and reverential. Over his imperious voice is the technical and fluid guitar prowess of Loïc Manuello, a man who can riff along with the best of them and his guitar leads are wondrous and devastating without descending into trickery of sheer speed for the sake of it. He really does know the meaning of less is more and knows exactly when he needs to crank it up and this makes it so much more effective and fulfilling.

I understand that DarkTribe is a Christian rock band with the album being something of a concept work being inspired by the New Testament of The Bible. Again, you can take or leave the messages depending on your faith or outlook but the album is a musical triumph of superb musicianship, thrilling vocals and perfectly arranged and produced songs all delivered so impeccably. All the power you could ever need in you prog metal is here but it is controlled and directed for maximum effect. If it needs to slow down and be reflective then that is what happens and some of these slower passages are exquisite in their detail as exhibited on The Hunger Theory which is a song of true beauty and one that burns and simmers with real passion.

It truth, it is unfair to pick any particular song out as all of the material on display here is vibrant, exciting and fully charged and whether dark and brooding or soaring and uplifting it is an amazing work from a band touched by genius. As the French would say, ‘c’est magnifique’. 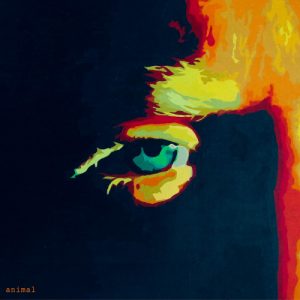 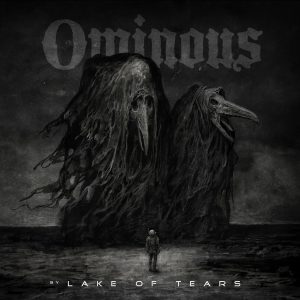