The variety of the album is what makes it relevant, with each track reflecting the mood of different Dali works or parts of his personality. That might sound pretentious, but hey, Dali could make swans reflect elephants, so electronic compositions can certainly reflect him!

Well now, here’s something rather special for the not inconsiderable number of Tangerine Dream fans out there, particularly those who like to collect everything. Because this is a rarity which has been a long time coming to a wider audience. Back in 2004 (yep, that’s over fifteen years ago now, scarily enough!), Dream kingpin Edgar Froese -or Edgar W Froese as he somewhat inexplicably began billing himself around that time – put out this tribute to the great surrealist painter Salvador Dali. It was originally released only in a limited form, as a mail-order ‘club’ edition, and as such has been sought after since then. So, what’s the story then – it is a lost gem or something that wasn’t strong enough for a full release originally? Let’s dive in and find out…

To begin with, we must set the scene and say that Edgar didn’t exactly rush to pen this tribute, as he first met Dali in 1967, so he had a good hard old think for 37 years before getting this made. Not that the delay had any impact, because this music, in the same way as Dali’s artwork, is pretty timeless stuff. There is material on here which could fit in with any TD work from about 1972 to the present day, and not sound too out of place. Some have criticised the album for not having any relevance to Dali, as it doesn’t sound ‘Spanish’ enough, but saying that is to miss the point not so much be a country mile as by the length of the M1 motorway. In fact, the variety of the album is what makes it relevant, with each track reflecting the mood of different Dali works or parts of his personality. That might sound pretentious, but hey, Dali could make swans reflect elephants, so electronic compositions can certainly reflect him!

Not that this album is all ‘electronic’ in the way that one might think of something entirely performed on synthesizer and sounding cold and machine-like (something he has been guilty of in the past within or without the TD umbrella, it must be said). No, one of the refreshing things about this collection is that there is more instrumental light and shade than that, Froese contributes some beautiful guitar work in parts here (particularly on the majestic Dalemuerte), and there is also a substantial amount of drum work, albeit of the programmed variety. As a result is sounds more organic than a lot of Dream work, at least since perhaps Cyclone or Force Majeure. Opener Daleroshima (yes, all track titles here begin with ‘Dal’, which can be confusing) is a strident, forceful piece full of dynamism, while the lengthy Daluminacion develops from simple beginnings over nearly ten minutes into a complex and multi-layered beast.

It’s not perfect – indeed the main criticism is that at over an hour it is too long – but by the same token it is far less ‘samey’ than a lot of Dream music throughout the ’80s to ’00s. It would rank for me around the high second tier of their output if it were a TD album, which for a band who have released as many albums as they have, that’s a pretty good hit rate. Suffice to say, if you’re a Dream fan, you’ll love this. It would be hard not to. If you’re a casual fan who likes some of the ‘big hitters’ like Ricochet, Rubycon or Phaedra but haven’t delved too much further, then this is accessible enough for you to get a lot out of it as well. A decade and a half was too long for this recording to hide its light under the proverbial bushel – but better late than never for sure! 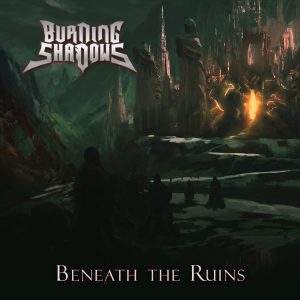