West country hard rocker, guitarist, tattooed ex-cage fighter and all round tough guy Kris Barras and his band return with their fourth full-length album, Death Valley Paradise. If you’ve been following them through the previous three, you’ll probably be pleased to learn that Barras’ guitar shredding skills and carpet tack vocal chords are still as hot as ever, while the set keeps hold of the melodic songwriting sensibilities of the previous albums. Having said that, this one arguably has the edge in terms of outright hard rock, perhaps approaching closer to the band’s superb, driving, live sound.

The set kicks off with up-tempo blues rocker Dead Horses with its great, tight, backing riff. Barras’ first solo of the album is strident, fast and aggressive, as well as being beautifully mixed; this is a heavier number than most of his stuff, but still in melodic metal territory. Long Gone starts off in a more traditional bluesy vein, before thudding into another massive mid-tempo backing riff.

The whole album comes across like a cathartic rant against the frustrations of the past couple of years, and I think we’d have to assume Mr. Barras was pretty pissed off when he wrote My Parade, with its We-Will-Rock-You beat under an anthemic massed chorus. The rhythm guitar is laced with an octaver or some other such effect; in fact that sound reappears often over the course of the album, making parts of it reminiscent of Muse. But the focus of this song is the defiant aggression that delivers an F-bomb in every chorus. Next up, These Voices sounds even more like Muse if anything, with a slightly pop-rock vibe going on; a strummed acoustic guitar sits underneath the overall rock sound. The album starts to veer towards the dramatic, almost symphonic end of the metal spectrum with Who Needs Enemies, a beautifully constructed minor key opus with a screaming fast solo.

A slight change of direction follows, with the band lifting the mood somewhat; Devil You Know is the first song on the album sung in a major key, drifting again towards more poppy, commercial ground, and the rhythm guitar is stripped back to a much more grungy, spiky tone. It’s all good so far, but the next one is the first real highlight for me, Wake Me When It’s Over, which builds from a ballad intro with echoed keyboard pads, to a huge wall of sound over its four minutes. Hostage is also a kind of heavy pop with plenty of keyboard pad, but it only really serves as a lull before the next big highlight, the slow and anthemic Cigarettes And Gasoline – get your hands in the air for this one, people.

And that’s about it really; the final two numbers, Bury Me and Chaos are both good songs, but they don’t serve up anything that we haven’t heard before over the course of the album, apart from the tight ending to the final track that seems to cut the album off halfway through a riff! It’s a neat touch, but the whole set doesn’t quite make 40 minutes, and it seems to be struggling a little to quite make it that far. Even so, it’s been great to see Barras’ rise through the ranks – the band first came to my attention in 2017 playing 4th billing at a mini-festival in my home town, where for my money they were the best act on the bill. But since the world has been released from lockdown, they have played the Royal Albert Hall supporting Black Stone Cherry, and will be playing Wembley Arena this year in support of Thunder, as well as doing their biggest headline tour so far. I think My Parade says it best with its “Fall into line or get out of the way” refrain; there is some great, aggressive, hard-rocking, guitar-shredding, lighter-waving rock’n’roll on this little disc, and if it stirs you to go out and hear the band live, then even better. 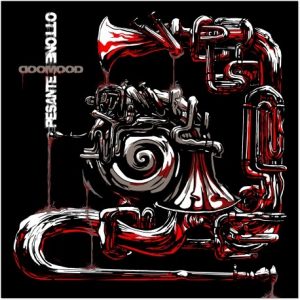 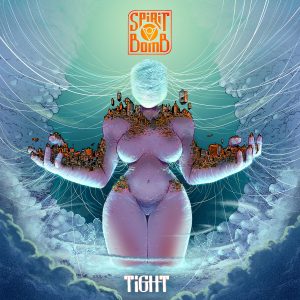