It many respects Germany can be considered the real home of heavy metal given how many fine bands come from those shores. Virtually all are exceptional bands producing every genre of hard rock and heavy metal and all at the highest order with Mad Max being yet another of the brilliant bands delivering exceptional music. Mad Max is from Munster in Germany and was formed nearly 40-years ago and the band had had an extremely successful career with Stormchild Rising now being the bands thirteenth album and it is safe to say that for Mad Max, at least, this is not an unlucky number.

The band has kept a relatively stable line-up since inception with Michael Voss on vocals and guitar, Jürgen Breforth on guitar, Axel Kruse on drums and bassist Thomas Hutch Bauer who replaced Roland Bergmann in 2015 and this stability has allowed the band to deliver what the fans want to hear i.e. straight forward, no nonsense melodic metal. If you are into Rainbow, Scorpions, Bonfire, Brainstorm, Pretty Maids etc then Mad Max is a band that you will very much appreciate. They have an outstanding vocalist in Michael Voss, a quite wonderful frontman who is much admired in the business and he has also worked with Michael Schenker’s Temple Of Rock and Rock Wolves, the band put together by the former Scorpions drummer Herman Rarebell.

Stormchild Rising is very much ’80s inspired metal with lots of hooks, huge choruses and a superb performance from Voss which is as good as you will hear in any metal band. His guitar work too is of equal quality and he combines expertly with Jürgen Breforth as they lay down crashing riffs and lots of mazy lead breaks. This is a band that rocks but there are plenty of quieter, more reflective pieces and they use the acoustic guitar very effectively but when they open up they can shake mountains! They do follow the Scorpions template very closely which they do very well and we must remember that the great German band has influenced so many others over the years and Mad Max are not clones, far from it, as they have their own unique and individual style. The opening tack, Hurricaned is the band’s tribute to Rainbow and there is a neat touch with Ronnie Romero sharing the vocals with Michael Voss and there is also a cover of the American metal band Rough Cutt’s Take Her which also features the band’s former vocalist Paul Shortino. To complete the surprise guest inclusions there is also a stunning guitar solo on The Blues Ain’t No Stranger which is supplied by Stryper’s Oz Fox and there is a touch of the blues in this song but rest assured that it is still a metal track! The album title references the Stormchild album of 1985 with the ‘Stormchild’ warrior character; he fights for any good cause through the medium of rock songs rather than weapons and he was resurrected by the band after numerous fan requests to do so. The band philosophy is that ‘if the fans want it then they get it’, so no pretentious attitudes here, just good old-school ’80s influenced metal and it doesn’t get much better than that. The album also sees two versions of Ladies And Gentlemen, one being a typical anthemic Mad Max balledic rocker and the other a German/English version which features Detlev Jöcker, a writer and performer of children’s songs, and a children’s choir too but, this being Mad Max, it still rocks.

Mad Max is an exceptional heavy rock band and they delight in hard hitting but very melodic metal yet they still know when to turn the power down when quieter moments are called for. The band continues to deliver perfect rock albums of which Stormchild Rising is a perfect example and are great ambassadors for the rock world, long may they continue to thrill with their glorious hook laden classic rock anthems. 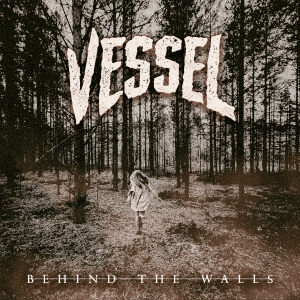