Swedish horror outfit OPERA DIABOLICUS are now releasing the third haunting track of their upcoming full length Death on a Pale Horse! The new offering will be released upon the masses on November 26, 2021 and the track Bring Out Your Dead can now be viewed in the form of an official music video, via the official Season of Mist YouTube channel.

OPERA DIABOLICUS comment on the track: “Dark times demands dark songs (and dark music videos…)? By these words we hereby proudly present our new visual offering to the world Bring Out Your Dead. Even though the song was written way before the pandemic swept over us it felt very prophetic when it was recorded back in spring 2020 considering the lyric theme of the song. On the lighter side, if you like heavy riffing, stellar vocals, fierce violins and Hammond organ solos, this is the song for you.”

OPERA DIABOLICUS have previously revealed the cover artwork for Death on a Pale Horse, which can be viewed together with further album details below.

Death On A Pale Horse

Established by the two antagonists David Grimore and Adrian de Crow in Gothenburg in the mid-2000s, Swedish horror entity OPERA DIABOLICUS seeks to scourge the earth with their music, mischief, and schemes!

Through burning hatred and mutual dislike to one another and with one prior album released under their belt (entitled †1614, released 2012), they’ve now conjured their sophomore offspring with music that could be described as epic horror metal, and thus would greatly appeal to fans of acts like KING DIAMOND, CANDLEMASS, MERCYFUL FATE and so forth.

With a little help from their friends, whom brilliantly have assisted with their tools of their trade, plus the eminent Jens Bogren‘s (OPETH, SEPULTURA, ROTTING CHRIST, DIMMU BORGIR) mixing and mastering skill, the result speaks for itself. 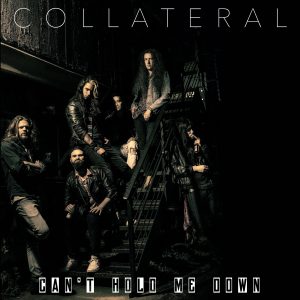