One of the new songs on Serious Black’s upcoming studio album Vengeance Is Mine is called Album Of Our Life and hits the nail on the head in several respects. On the one hand, the international power metal band surrounding bassist and founder Mario Lochert has succeeded in creating what is probably the most powerful and imaginative work of its career so far, with loads of great guitar riffs, grooving rhythms and anthemic melodies. On the other hand, the album’s lyrics venture into territories previously uncharted by the band.

Lochert says: “This time, I have allowed more insights into my emotions and private life than ever before, i.e. into how I think, how I feel, how I am, and how difficult it can be to keep a band going when you yourself aren’t well. The lyrics on Vengeance Is Mine reflect the past four or five years. This, of course, has had an impact on the song writing, which has become even more intense and emotional.”

Serious Black’s mastermind is referring to an album that is scheduled for release on 25 February 2022, but will provide plenty of appetisers beforehand in the shape of four lead singles. 17 September 2021 will see the arrival of The Story, including an official lyric video, followed just under a month later on 15 October 2021 by the second single including the official music video. The third song, supported by another lyric video, will arrive at the physical and digital stores on 2 December 2021, before the main single Out Of The Ashes (also including an official video clip) will be out on 7 January 2022. The full new album will be available exactly three weeks
later.

Lochert`s assessment that his band has succeeded in creating a masterpiece in Vengeance Is Mine is based on the band’s latest addition: Nikola Mijic, a powerful singer from Serbia who, after a successful guest appearance with British act Eden`s Curse, has become Serious Black’s new frontman. Mijić has replaced the group’s former vocalist Urban Breed, who had announced his departure in spring 2021. Lochert: “To be honest, we were pretty stunned when Urban left
during of the song writing for Vengeance Is Mine, but of course, we wish him all the best for the future. Since we didn’t want to lose any time due to Urban‘s departure, we immediately set about looking for a new singer while continuing to work on the new material.”

Fortunately, help was at hand: Serious Black`s vocalist friend Henning Basse (ex-Metalium, -Firewind) stepped in to help work out the vocal melodies and vocal phrasing of five songs, and Greek multi-instrumentalist Bob Katsionis (Firewind, Outloud) supported the writing of the new material. Lochert: “We have been close friends with Henning and Bob for years, so we were of course very happy that they helped out.”

And so what belongs together has at last come together in Serious Black: Thanks to Nikola Mijić’s expressive timbre, guitarist Dominik Sebastian’s rapid riffs and hooks, drummer Ramy Ali’s driving grooves and bassist and bandleader Mario Lochert’s diverse song writing, Vengeance Is Mine has turned into a prime example of a deeply melodic and at the same time an exuding and dynamic power metal album.

Vengenance Is Mine was produced and mixed by Lochert at his Serious Black Studio in Kirchseeon. The guitars were recorded by Dominik Sebastian at his own studio and all orchestral arrangements and keyboards were cut by Bob Katsionis in Greece. Serious Black enlisted singer Anna Likunic from Belgrade for the anthemic background vocals (Lochert: “You could also say: angel choirs!”). Mika Jussila (Avantasia, Stratovarius, Nightwish) was in charge
of the first mastering sessions at the renowned Finnvox Studios in Helsinki, before the recordings  were polished by Konst Fischer during a second, innovative mastering process to optimise the sound. Lochert: “This time we really pulled out all the stops to get the optimum result. And I think our efforts have really paid off!” 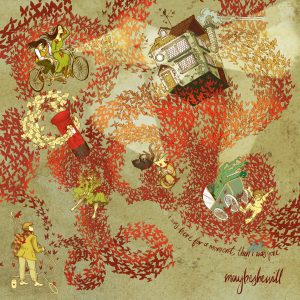 Maybeshewill to release ‘I Was Here For A Moment, Then I Was Gone’ 10th anniversary re-issue double LP 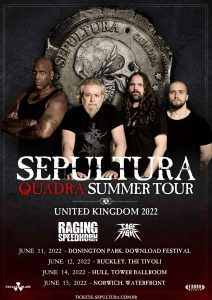 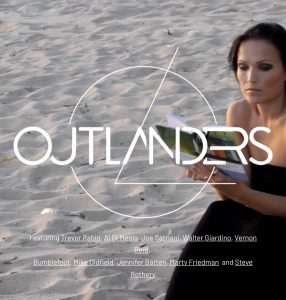