The Night Eternal is a new band from Essen, Germany, which made a great start with an excellent eponymous EP back in 2019. Now, the full-length debut Moonlit Cross is ready for release on November 5th, through Ván Records. The style of the band is epic, old school heavy metal, with a very sinister vibe and occult lyrics, not too far from what In Solitude offered in their first two albums. However, there is a lots of classic Priest mixed in as influence here as well, so the Germans are a slightly different beast.

First thing to make a striking impression is the brutally graphic, classic artwork by Lena Richter, demanding to be displayed on a vinyl. Opener Elysion (Take Me Over) offers the first (of many) fantastic chorus and guitar melody, instantly proving that the boys have made a great progress in absolutely all departments since the debut EP. The double guitar harmonies of Son Of Sin are straight own of the early Maiden and Angel Witch rulebook – genius stuff! Deadly As A Scythe and Shadow’s Servants are where a very slight goth touch creeps in, only to sharpen the moody atmosphere. Lead guitarist Rob Richter almost steals the show in the album, but I just have to say that Ricardo’s vocals and singing technique are a vast improvement in these new songs. Prison Of Flesh storms through the speakers with a faster tempo and a thunderous rhythm section from Jones Nühlen (bass), Aleister Präkelt (drums) and rhythm guitarist Henry. The band sounds on fire, so whoever has the chance to see them live this year will be a lucky man.

Closeness In Suspension is as great as everything so far, yet manages to impress even more with a scorching solo and the closing title track is a culmination of a fantastic album, that has ticked on all the right boxes for us, old school metal fans. Just listen to the opening guitar melody of Moonlit Cross – who needs a new Mercyful Fate album when we have these guys?

There isn’t a single track that lacks a memorable guitar lick or a masterful solo, but what makes Moonlit Cross such a triumph is the band’s ability to write memorable songs, which stick in the head and grow with each listen. This is not a one-off wonder, but music of really high quality, rewarding the listener with each new spin. Album of the year.

Moonlit Cross can be ordered from here 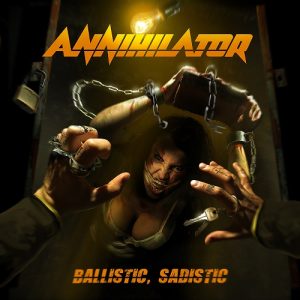 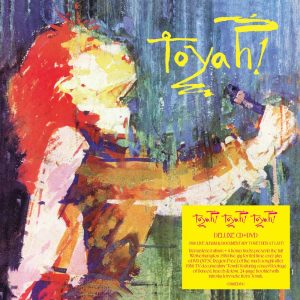